What Exactly Is Bad Omen In Minecraft? 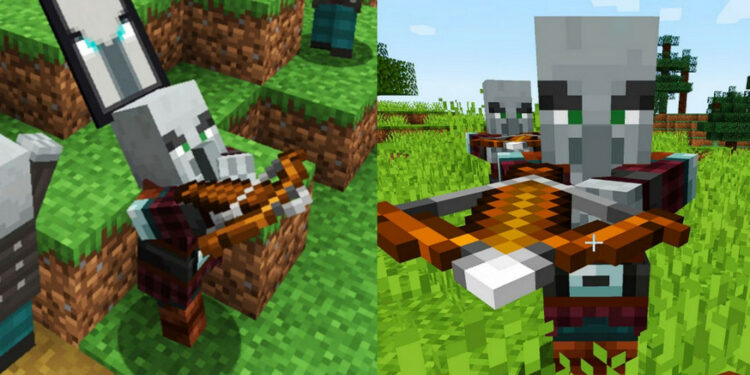 You should avoid getting the status effect Bad Omen in Minecraft. If you have the status, going into a village starts a raid. And, unlike other status effects, it doesn’t have a cooldown timer. Bad Omen might be a powerful and important bad status, but it’s easy to use to your advantage. Unfortunately, it is also easy to treat.

What Exactly Is Bad Omen In Minecraft?

Bad Omen is a status you can get by killing an Illager Captain in Illager Outposts and Patrols. They are easy to spot because they always have scary banners behind them. It is to keep in mind that if your tamed wolf kills the Illager Captain, it can get a Bad Omen. Likewise, if you bring your wolf into the village with you, it will start a raid.

There are levels of this status. The level goes up as you kill more captains of the Illager. It only goes up to level five, which is a good thing. Keep in mind that the higher the level of Bad Omen, the more likely it is that Illagers will carry enchanted weapons when you start a raid. When the status level goes up, raids increase by one. Check out the list below to see how the raids change as the level increases in different game difficulties.

2 – When you have a level 5 Bad Omen, there will be six waves of Illagers (five without the level boost).

How To Easily Get Rid Of Bad Omen In Minecraft?

Bad Omen also doesn’t have an end date. So, once you have it, you have to keep it. And you can only get rid of it in three ways.

Fighting the Illagers to the end might seem like a lot of work, but it is worth it. First, the Hero of the Village status effect replaces your Bad Omen. The traders who sell things in the villages also give you discounts. Sometimes, these villagers from the village will also give you gifts.

Depending on the type of villager, the gifts may be different. For effect, a baby will bring you poppy flowers, an unemployed villager will bring you wheat seeds, a Fletcher will bring you arrows with random effects, and a Cleric will give you either Redstone or Lapis Lazuli. In addition, you can get XP by killing all of the waves. So, finishing a raid has many benefits, and most players use this and Bad Omen to their advantage.

Milk is one of the most important parts of Minecraft because it can remove any status effect. Bad Omen is not the only one. You can grab a bucket and right-click a cow while holding the bucket. The milk will then go into your bucket. If you drank it, it would get rid of the Bad Omen.

This is not the best way to get rid of Bad Omen since you might lose everything. But if you die while the status effect is still on you, it will go away when you respawn.

How Can I Tell If I Have Bad Omen?

A small box will appear in the top right corner of your screen when the status is active. The icon for the box looks like the head of an Illager with two axes. Dark green particles will be floating all around you. But in Bedrock Edition, the status effect activates by displaying a rotating animation of the same icon in front of your screen with black spiral particles.

What Happens If I Leave The Village While A Raid Is Going On?

If you begin a raid in the village and leave it for three nights, the Illagers will kill all the villagers and steal everything from the chests. In the village, you might also find some Illagers standing around.

Can The Raid Be Finished Without Fighting?

Does Hero of the Village Go Away After Drinking Milk?

Another status effect is Hero Of The Village. So, if you drink milk, you will also lose this status.

What Are The Illagers?

In Minecraft, Illagers are the human mobs that are hostile. There are Pillagers, Evokers, Vindicators, and an Illusioner among them. The witch is the only human enemy mob that isn’t an Illager because she works with them. Ravager is a bull-like monster that spawns during raids. In Bedrock Edition, Ravagers are considered Illagers, but not in Java Edition.

Can You Give Someone Bad Omen In Minecraft?

The answer is Yes; you can use the command to give Bad Omen to someone else or yourself. For example, to give yourself the effect, type “/effect give @p bad_omen 99999” without the quotations in the chat console. If you want to give the effect to someone else, write their name in place of p.