4 Sites To Play Cards Against Humanity Online With Friends 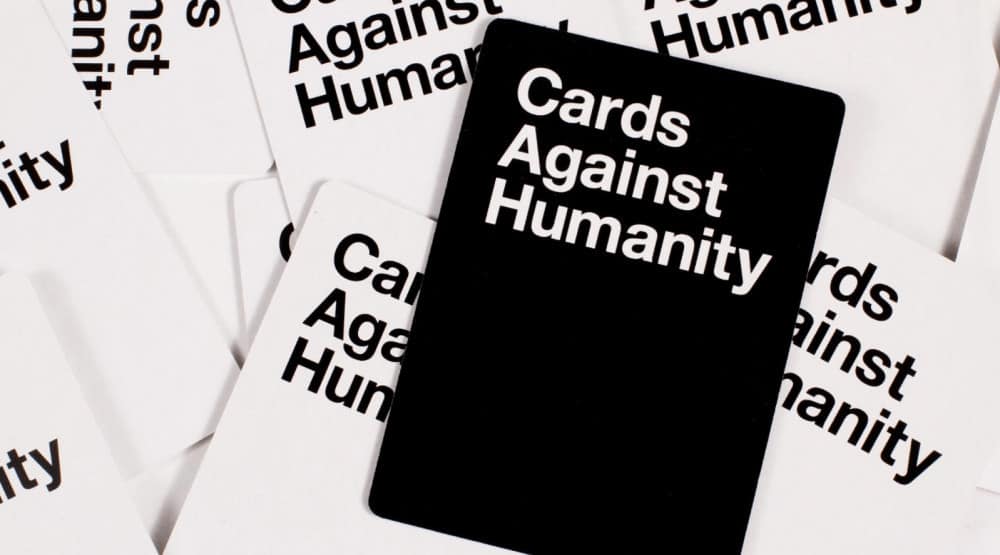 Well, When you’re confined to your home, there are only so many ways to entertain yourself. If you share an apartment with other people, board games are a great way to pass the time. Cards Against Humanity is a cult classic in this country.

As described on the site as “a party game for horrible people,” the game is actually a lot of fun for everyone. While it is unquestionably NSFW, it is a great way to let off steam and share a few laughs with your friends and family. Here’s how to play Cards Against Humanity online, as well as the equipment you’ll need.

Before Playing Cards Against Humanity Online

Half the fun of games like Cards Against Humanity is watching your friends react to your picks. Therefore, before you start the game, we recommend that you establish a video call using one of the popular video conferencing apps.

Of course, you’ll also want to make that your microphone and webcam are working properly. Finally, inquire of all participants whether they are familiar with the game’s rules. Provide them with a brief refresher if necessary.

Cards Against Humanity comes in two cards: black and white. Each round, a player selects a black card and asks a question. Then everyone else chooses a white card from their hand to submit the most amusing (and inappropriate) response. The player who submits the most cards with the most amusing responses at the end of the game is the winner.

Once everyone is familiar with the rules and ready to play, visit one of the following websites to play online cards against Humanity. For several reasons, Playingcards.io is the best option on our list. To begin, there is the element of simplicity. However, this is both a benefit and a downside of this site. The interface is rather sparse, and at times lacks the authenticity of the original Cards Against Humanity game. That is because the game is actually called Remote Insensitivity and has a different visual representation on the site. Simultaneously, Remote Insensitivity contains identical cards and is extremely simple to play on the site, even for complete beginners. Well, One interesting aspect of this game is that it is completely unautomated. That means you must deal, move, and discard your own cards. This contributes to the realistic feel and enhances the game night atmosphere. Visit Playingcards.io to start the game. Then scroll down to the section Create a new room. Select Remote Insensitivity and then click Start Game. You’ll invite a shareable link to use in inviting additional players. All Bad Cards has all the potential to become your favorite social online game. Well, The first thing you’ll notice is a great interface that flawlessly replicates the cheeky vibe that only Cards Against Humanity possesses. While the other websites on our list have existed for a long period of time, All Bad Cards was created recently for people who are bored at home and looking for new ways to entertain the time.

To begin, navigate to the website and click New Game. After that, the site will prompt you to enter your nickname. Next, you’ll receive a shareable link to invite others, as well as the ability to add up to ten AI players. Finally, once everyone is in position, click Start to initiate the game. Several additional noteworthy features of this site include the ability to host a game with up to 50 players and a family-friendly version of Cards Against Humanity (seriously).

The Pretend You’re Xyzzy is another Cards Against Humanity clone that will appeal to fans of the game’s depth. The original game includes a variety of expansion packs that add hundreds of cards and hilarious combinations to the game. The Pretend You’re Xyzzy claims to have them all, which adds another layer of intrigue to the game. The downside is that you cannot start the game until three or more players join. However, once you’ve gathered the required number of players, you can customize your game by adding as many cards as you wish. Additionally, you create your own rules, including who may play and who may simply observe the game if they are not in the mood to participate.

To begin, visit the website, enter your nickname, and click Set. Well, This will take you to the customization screen for the game. Select the number of players, the card sets to be used, and the game password. Share your game’s URL with others and wait for them to join and begin the game. If all else fails, you can always turn to Cards Against Humanity Lab. This is an excellent choice for when your friends are all busy, but you still want to have a few laughs with yourself. The official site for the Cards Against Humanity online experience is Cards Against Humanity Lab. However, it is not particularly social, as you are the sole player. Here, the PC deals you a black card, and you must choose the most amusing response from a selection of white cards. Additionally, there is an option to state that none of the cards on the screen are amusing. You can probably guess what this tool’s purpose is. CAH’s artificial intelligence learns which cards make the best and worst combinations in the game. It may not appear to be fun at first, but you’ll quickly discover that many of the cards in the CAH Lab are not ones you’ve played previously. This is because the site is used to conduct research on upcoming game editions. Therefore, if you’re a true fan of the game, head over to the website and play some CAH on your own.

Make Your Own CAH Entertainment

Being cooped up at home is the ideal time to rewrite the rules and start your own games. Also, You can make your own deck of CAH by downloading it from the official website and printing it. There’s even a special family-friendly version available for you to play with your family. Have you previously played Cards Against Humanity online? Which other games would you like to play with your friends online? Leave your thoughts in the comments section below.