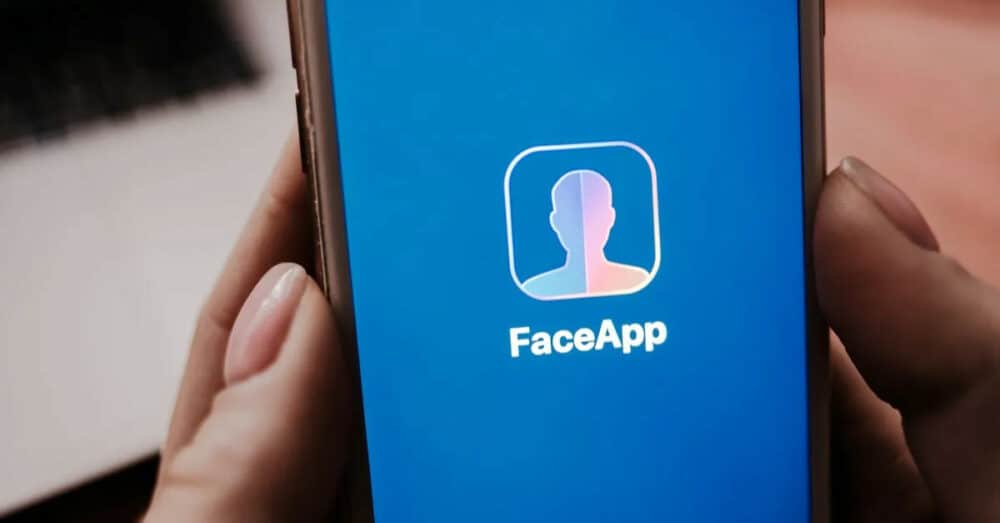 FaceApp has gone popular once again for its brilliant ability to create old-age photos using artificial intelligence. You can create your aging photos in a matter of taps, and they do appear to be rather accurate. Having said that, the app doesn’t work on all face types. As seen by the millions of images shared on social media networks, FaceApp is not equally beneficial to all users. If you are one of the FaceApp users who is not receiving legitimate results, you should continue reading. We discovered several excellent apps like FaceApp but also provided some additional features. So without further ado, let’s get straight to the best FaceApp alternatives you should consider using.

We’ve listed all apps like FaceApp that are accessible through the Android and iOS app stores. All of the apps we tested worked well and were mainly free. However, some of the apps contain advertisements, so there is that. After that, let’s get started with the best FaceApp alternative available right now. 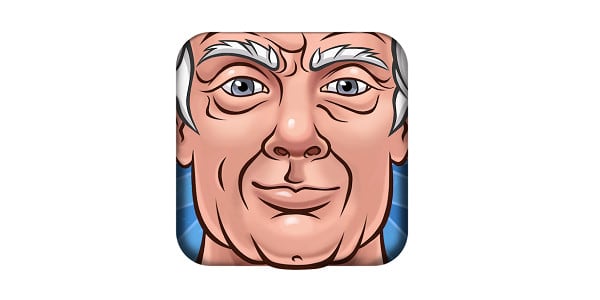 Oldify is an outstanding FaceApp alternative that performs admirably. It enables you to create future pictures of yourself as an old person. The app is pretty similar to FaceApp in that it is straightforward and functional for the most part. However, the wonderful part about Oldify is that you can manually enter your age and search for photographs of aging. Additionally, you have access to a variety of effects. Therefore, download Oldify and instantly create your old self. 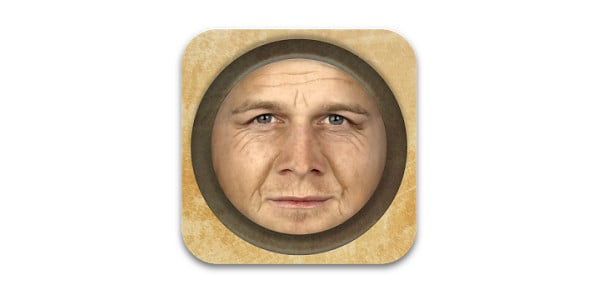 AgingBooth is an excellent substitute for FaceApp. It works similar to FaceApp and instantly makes aged photos. The intriguing aspect of the AgingBooth app is that, similar to FaceApp; it makes aging photos in a very natural and realistic manner. There are no obvious stickers or other artificial flaws. The process of creating an aged image is rather straightforward. Simply download the app and hit the “START” button. Additionally, you may select photos from your device, capture an image with your camera or import images from Facebook. The app processes the image in a few seconds and allows you to modify the eyes, chin, and lip. That is all. After a few seconds, you’ll have a 2051-era aging picture. In general, it’s a fantastic alternative for FaceApp. 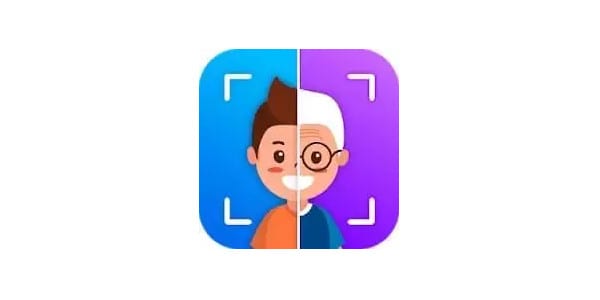 Make Me Old is a respectable FaceApp alternative. It just allows you to create aging photos and lacks additional features such as making youthful photographs and altering your gender. However, the app is rather straightforward and performs an adequate job of aging photos. So if you’re seeking a simple app that lets you create some genuine old-age photos, Make Me Old may be a good alternative to FaceApp. 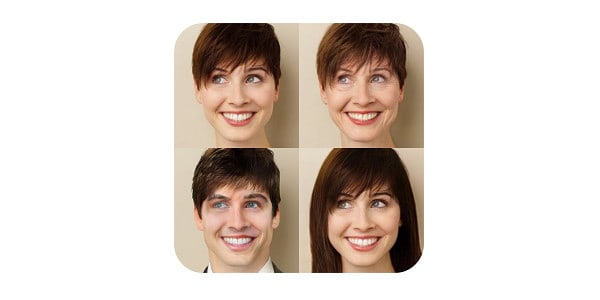 Similar to other apps like FaceApp in the list, Face Changer enables you to create photographs from your youth. Additionally, you may change your gender and see how you might have seemed if you were born female. There are several effects that enable you to create appealing photographs, such as bald portraits or slender faces. In general, the Face Changer app is a feature-rich app that you should absolutely check out if you’re seeking a FaceApp alternative. 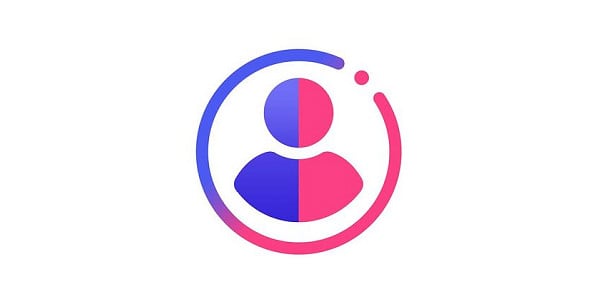 You cannot go wrong with Face Story when it comes to creating a realistic aging face. The app includes an aging booth camera that lets you completely change your face in the blink of an eye. As with FaceApp, it makes use of both AI face scanning and the newest algorithm to give the skin, eyes, nose, hair, lip, and cheek an aged appearance. However, probably the best feature of this FaceApp alternative is its ability to provide a more youthful-looking aging face without editing the photo or applying a filter. Additionally, it works with current photographs, allowing you to completely transform the look of any pic. Taking everything into account, if you want to create stunning aging faces without using picture editing tools or filters, Face Story may be a superior substitute to FaceApp. 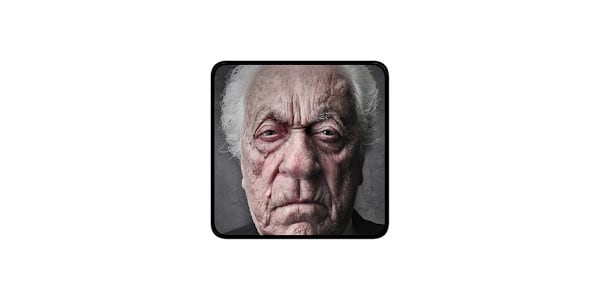 The next on our list of the best FaceApp alternatives is the Old Face app. You can create vintage photographs in a matter of taps, and the resulting images are at best passable. However, the outcome does not appear unnatural, and I believe you will like this app’s genuine skin tone. Additionally, you may capture an image from the camera or select one from the gallery. In conclusion, Old Face is a respectable app that you should give a try. 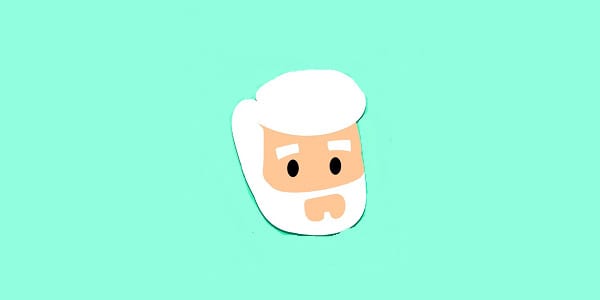 While FaceApp has a variety of features that enable you to create an aging shot, it lacks a tool that allows you to precisely age oneself up to 99 years. And it is precisely for this reason that “What Will I Look Like Old Face” is a viable alternative to FaceApp. To create an aged pic, the app examines numerous critical face traits. As with its illustrious opponent, it makes use of artificial intelligence to manufacturing aging looks. Also, it has a variety of aging filters, allowing you to customize your appearance as you age. Additionally, with some very eye-catching animations available, you have the offer of injecting some fun into the proceedings.

What drew my attention to the “Old Age Face effects App” is the extensive customization that adds a lot of fun to the experience. For example, you may apply a variety of face filters to create a more appropriate aging face, infant face, or bald face, among others. But that’s not all; the app also has a plethora of stickers, allowing you to make your face. Therefore, if you’re dissatisfied with the customizing options in FaceApp, you’re likely to discover Old Age App to be right on. Another noteworthy feature of Old Age Face Effects App is the ability to transform a male into a girl or vice versa. Not only that but there is also a fat face booth where you can create some very hilarious faces.

Old Booth is one of the most stylish alternatives to FaceApp. It provides a very simple method for aging the face of photographs after 20, 40, 60, or 80 years. In addition, it makes the process of modifying the face’s age thanks to the auto-face identification and crop features. As a result, no filters or editing tools are required to get the desired effect. One of my favorite features of this app is the ability to compare appearances, which enables you to examine all the wrinkles that may appear over time. And after your pic is complete, you can share it on a variety of social media networks, including Facebook, Twitter, and Tumblr, to send shockwaves throughout the spectrum!