How To Install Minecraft On Chromebook 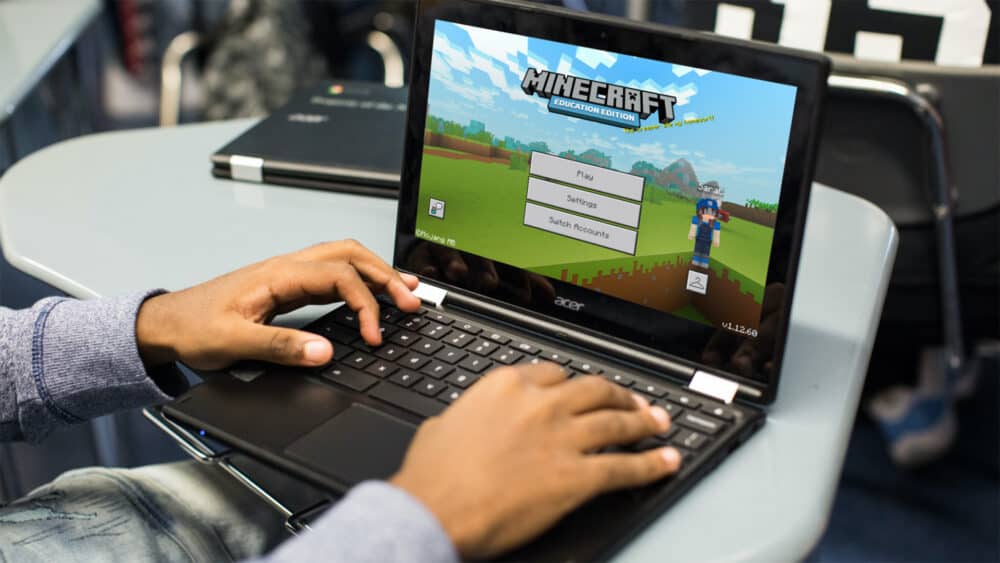 Would you like to install Minecraft on your Chromebook? Follow the steps outlined below. Even non-gamers are aware of Minecraft’s existence. It is a famous and well-known sandbox game. This genre allows for the creation, destruction, and modification of the gaming environment. It is, however, compatible with Linux, Windows, macOS, and Android. While Chromebook users cannot install the game, there is a workaround using Linux. Therefore, let us dig in!

Use Linux On A Chromebook

You’ll be able to run Minecraft on Linux, so be sure to follow the instructions for setting up the OS.

2 – From the Quick Settings, open Settings.

3 – To enable the Linux (Beta), toggle the Turn On switch.

4 – A pop-up window will appear requesting permission to install the Linux OS on the Chromebook.

5 – Select Install. After downloading all necessary files, the installation will be complete in a few minutes.

6 – The Linux Terminal may be used to install any application compatible with the Linux OS.

7 – Next, To run the terminal, open the launcher.

Bear in mind that Linux and Chromebooks handle files that are vastly different. To access the files on the freshly installed Linux, copy and paste all the necessary files/folders from Downloads into the Linux folder.

How To Install Minecraft On Chromebook

3 – The file must be moved to the Linux section.

4 – Double-click the file to install it. Minecraft will be installed on your Chromebook within a few minutes.

5 – Launch Minecraft by navigating to the Linux folder in the App drawer.

6 – The Minecraft Launcher will appear.

7 – If you’ve already played Minecraft, sign in using your current Minecraft credentials. The most recent version will be downloaded.

8 – The game will close for a brief time before resuming.

9 – If you encounter any installation difficulties, open the Terminal app to rectify the situation.

11 – To continue with the installation, press Y.

READ:  How to Fix the Windows 11 Touchpad Not Working

13 – Next, install the Minecraft.deb file.

Other Games You Can Install On Linux:

If you’re curious about further games that run on Linux, here’s a list. There are additional.

Is It Possible To Play Minecraft On A Chromebook?

Unfortunately, Minecraft does not have a Chromebook version.

Is It Possible For A Chromebook To Install Windows?

You cannot install Windows on a Chromebook since the operating system is not officially supported. Instead, a Chrome OS-optimized BIOS powers it.

Is Microsoft Word Available On A Chromebook?

Microsoft Word may be downloaded via the Google Play Store on a Chromebook. A Microsoft account is required.

I hope the instructions mentioned above enabled you to install Minecraft on a Chromebook. You can take advantage of Linux apps now that Chrome OS supports them. What are your thoughts on Chrome OS? Have you ever attempted to install an unsupported app on your Chromebook? Tell us in the comments section below.