How To Easily Get Access To Madden NFL 23 Free Trial?

by Mike
in Reviews 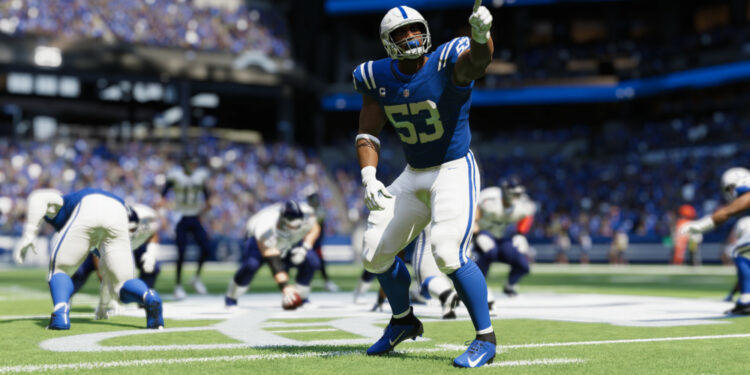 Madden NFL 23 is coming out soon, and you still have time to pre-order it to get the early purchase bonuses. The EA Play subscribers are now getting a free trial to try out Madden NFL 23 to be sure if it’s worth buying. This is how to get to it. The timer is ticking for this year’s iteration of Madden, and the early access period is about to kick. Only buyers who buy the All-Madden Edition will be able to get it. EA has confirmed how to be eligible for the 10-hour trial and how to pre-load the game. Reviews from the June beta sessions say that Madden 23 looks great. The developers say this is the “most polished version of the game in the franchise,” and NFL fans can’t wait to try it out.

EA said the Madden NFL 23 trial would be on Tuesday, August 16, 2022. But for EA Play subscribers, the trial started more than 12 hours earlier than planned. The subscribers who have paid for the game can start playing it immediately. After starting the trial, you’ll have 10 hours to play Madden 23 before you have to buy it. Well, that gives you plenty of time to decide, but keep the game from sitting there doing anything. 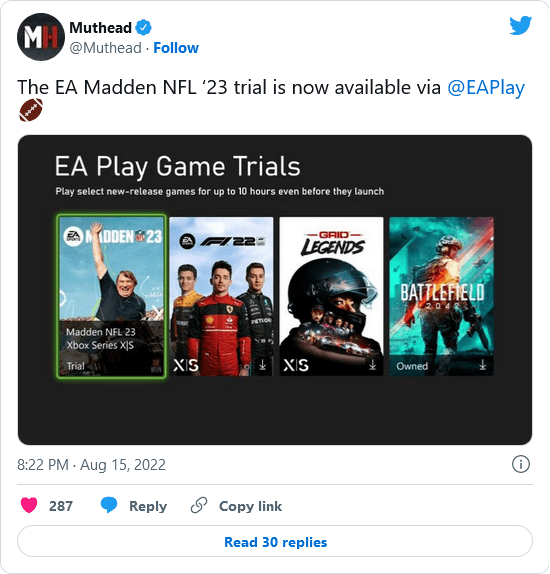 READ:  HuraWatch - Is it Safe to Watch Free Movies and TV Shows Online?

How To Easily Access Madden 23 Trial For EA Play Subscribers?

The trial version of Madden 23 is only available to EA Play subscribers on PS4, Xbox One, and PC. Players can look for a “Play Trial” option in the PlayStation Store, Steam, or Microsoft Store to start it. With Xbox Game Pass Ultimate, you also get EA Play. 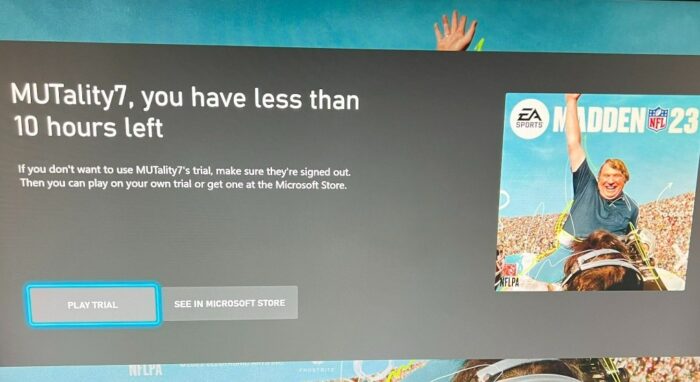 Once it’s live, a 10-hour timer will start. You can start playing it straight away. Ensure the game isn’t running in the background when you’re not playing it. People know that EA games have this problem where the timer keeps going even when the game is not being used. You can play out the game’s modes to decide if it’s worth purchasing. 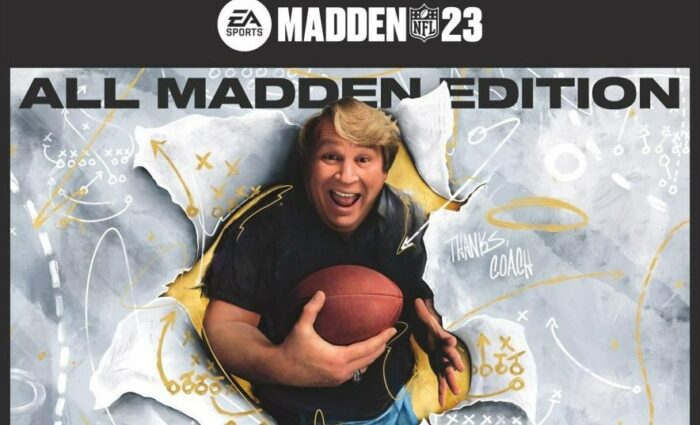 How To Easily Pre-Load Madden 23 To Start Playing Early?

Madden 23 can be downloaded early on PlayStation, Xbox, and PC. Users of Xbox are lucky that a bug in the Xbox mobile app is still working. It lets people download games to the console from afar, even before they own them. First, you’ll need to set up your console so the app can start downloading. Now, open your app and look for Madden 23. Tap the “Download to Console” button when you open it. Then, you’ll have to wait for the game to download. This year, the Xbox Series X/S is about 46.14 GB.

Any other platform doesn’t have a trick like this. First, you must stay on your PC or console and get Madden 23 to pre-load it. Make sure there is enough room. Now, use your free trial of Madden NFL 23 to play the period until the trial ends. Remember to leave your first thoughts and reviews in the comments.

How To Easily Get Paramount Plus Free Trial In 2022?