12 Best Overclocking Software For Windows You Can Try

by Mike
in Windows 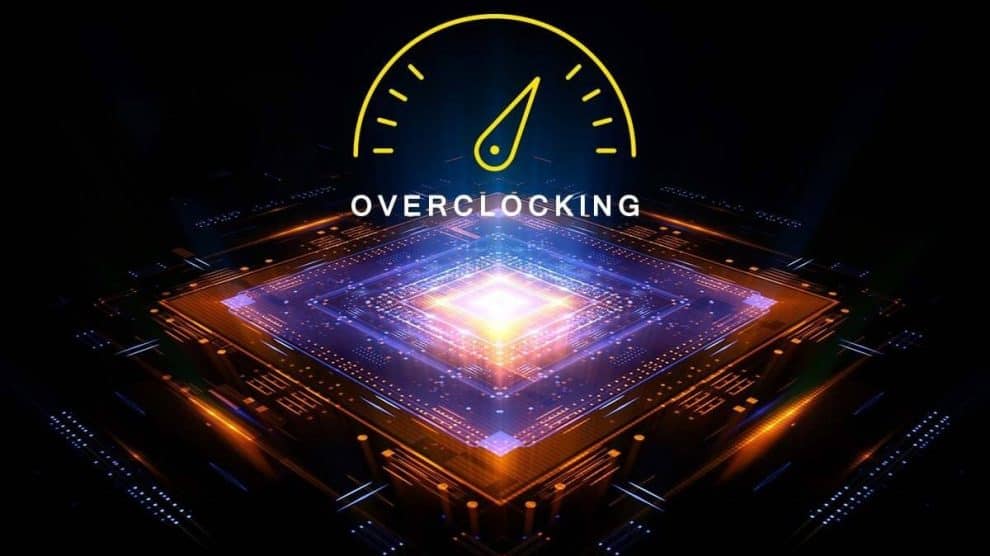 Do you feel as though your PC’s performance has deteriorated significantly over time? Then overclocking is the only way to improve your system’s performance. All you need to boost your Windows 10 PC is good overclocking software. Overclocking of core components such as the CPU, GPU, and RAM is simple. Additionally, HDDs lack their own internal controllers, as they are managed by the operating system. Isn’t it fascinating? Possibly, but only if you are well-versed in Overclocking. And, if you’re unfamiliar with this, you’re going to find it extremely difficult to deal with. However, there is no need to panic; let us first learn what overclocking is before proceeding to the best overclocking software!

Essentially, overclocking is the process of increasing the clock rate of a component, allowing it to run faster than it was designed to. Many users believe that overclocking can only be done on the GPU or CPU, but this is a myth; other components can also be overclocked. If the clock rate of a component is increased, you can perform more operations per second. However, it also generates additional heat as a result. Therefore, if your speed is running slowly, you can speed it up by increasing the clock rate.

An overclocking tool is a solution to all of these problems, as it will improve your PC’s performance and efficiency. Overclocking programs are designed specifically to push the clock rate of various components beyond their factory default limits. With higher limits, your system’s CPU and GPU are forced to perform more operations per second, which improves your Windows PC’s speed and performance. So, while the obvious reason to use tools is to improve PC performance, they also contribute to improved graphics and smoother action. Now, consider our list of the best GPU/CPU overclocking software, which will assist you in safely overclocking your system hardware.

Check out our exhaustive list below to learn about the best CPU and GPU overclocking software for optimizing your PC’s performance without replacing its hardware components. 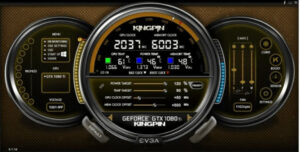 EVGA Precision X comes in first place on our list of the best GPU and CPU overclocking software for Windows 10. The software is compatible with a variety of Nvidia graphics cards and aims to optimize their performance through voltage, memory, and GPU controls. It is capable of supporting multiple system components and features a modern yet user-easy interface. The OSD interface features RGB color support, fan control with custom fan curves, and system profiling via Pixel Clock. Overclocking and hotkeys are just a few of its noteworthy features. 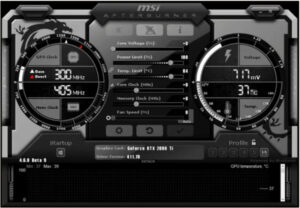 This power-packed software earns a second place on our list for fairly good reasons. Well, It is one of the Best GPU Overclocking Software available, allowing you to discover the true limits of your graphic card’s settings. Also, It is a free piece of software that includes easy-to-use functionalities and a plethora of features. Also, It works seamlessly well with most of the graphic cards available in the market and provides an elaborate report of all your system hardware. Additionally, it displays real-time voltage, GPU usage, temperature, and clock speed. Additionally, its custom fan profile feature aims to strike the optimal balance between increased performance and overheating. With this free software, you’ll have complete control over your graphics cards. 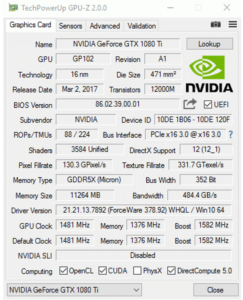 GPU-Z is the next entry on our list of the best overclocking software for Windows. It is designed specifically to monitor and document the performance of graphics cards. On the other hand, CPU-Z focuses exclusively on the system’s RAM and CPU. It supports nearly all major GPU manufacturers, including ATI, NVIDIA, AMD, and Intel Graphics. Also, It monitors and maintains graphical hardware configurations, as well as the memory clock, size, GPU clock, and temperature. It features an intuitive UI and the ability to create and back up your graphics card’s BIOS. The software works flawlessly on a variety of Windows versions and requires no installation. 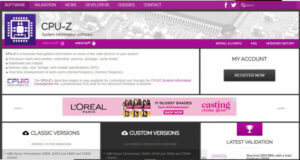 CPU-Z deserves a place among the best CPU overclocking software due to its unmatched ability to tune and overclock NVIDIA, Intel, RAM, and other hardware components. It works a holistic approach and is completely free.

It is designed to check and monitor several critical system components, such as the processor’s name, codename, cache levels, processes, and numbers. Along with memory capacity, the mainboard, chipset, and module specifications, as well as real-time memory frequency figures.

Additionally, it enables you to check your system’s voltage, temperature, memory clock, fan speed, CPU load, and timing figures. With all of the included functionalities, it offers an easy way to configure and monitor your system’s clocking speed. Today, download the best CPU overclocking software.

This feature-rich tool from the well-known brand “Asus” is the next entry on our list of the best GPU overclocking software for Windows. It features an intuitive interface and robust functionality. Utilize it to modify and manage your graphic cards’ core processing and memory, as well as their voltage. However, if you wish to use it to monitor your system’s temperature and stability, you will require software. 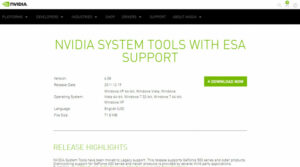 NVIDIA Inspector’s primary function is to analyze and display information about your graphics card, but it also works well as a GPU overclocking software. The tool can be used to check your system’s temperature, clock speed, GPU clock, fan voltage, and memory clock. Although the software has a user-friendly interface, it has a limited feature set. For example, you cannot use it to monitor your system’s stability.

GMA Booster is the next overclocking software for Windows 10 that you can use to enhance and optimize your GPU’s performance. It has an intuitive interface but only a limited set of functionalities. At the moment, it is limited to GMA 900 and 950 chipsets. However, Intel’s developer has stated that the company will soon be able to support the GMA X3100 and X4500 chipsets. It is free overclocking software that is also compatible with Linux and Mac OS devices.

READ:  How to Fix the Windows 11 Touchpad Not Working 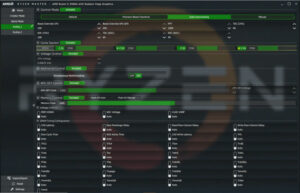 AMD’s Ryzen Master is a product designed specifically for its users’ needs. The AMD product users can use it to monitor and manage their system’s GPU, CPU, and RAM performance. In addition, you can use it to boost system performance by overclocking the RAM and CPU cores. Apart from that, it’s status monitoring functionalities provide real-time information about the system’s performance, temperature, voltage settings, and processor clock, among other things. Utilize this excellent Windows overclocking tool to customize and manage your system’s performance according to your specifications. 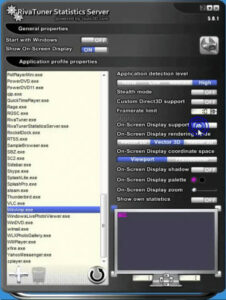 Riva Tuner is a one-stop software for overclocking Nvidia and ATI graphics cards. Well, Use it to tweak and manage your system’s memory, fan speed and performance, and much more. It offers an effective way to keep the system cool and speed overall PC performance. In addition, it includes a robust profiling system with customizable settings and real-time hardware monitoring. 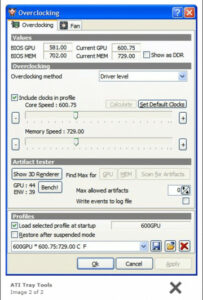 This fantastic tweaker allows you to monitor the temperature and take advantage of automatic overclocking in 3D mode. Tweak it to fine-tune your system’s multiple hardware components for optimal performance. The pre-application feature is its primary selling point, as it enables you to overclock figures in comparison to preset profiles. Well, With this best overclocking software for Windows 10, you’ll have access to OpenGL settings, Direct3D settings, and much more. 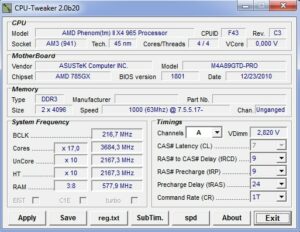 Anyone interested in overclocking processors or increasing the clock rate of hardware components in order to boost the overall performance of their system should definitely install CPU-Tweaker 2.0. As one of the best CPU overclocking software for Windows, CPU-Tweaker 2.0 focuses on improving CPU timings in order to tweak your processor’s performance. However, it works critical to note that CPU-Tweaker 2.0 is only compatible with central processing units (CPUs) or processors equipped with an integrated memory controller (IMC). 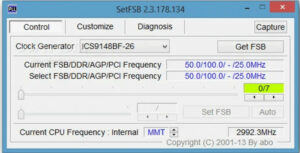 The SetFSB deserves a place on our list of the best GPU and CPU overclocking software due to its ability to alter and adjust your system’s FSB (Front Side Bus) settings. The FSB is the primary link between your system’s memory and its CPU, which means that any appropriate changes will result in increased system speed. So naturally, a fast system equates to improved system performance.

Wrapping Up: Overclocking Software For Windows

Are you still experiencing slow system speed? Improving Windows 10’s overall functionality and performance is as simple as installing good overclocking software. These programs are compatible with a variety of graphics cards and ensure the smooth and effortless software of the system. So what do you have to lose? Choose one that meets your requirements, and you’ll be on your way to optimizing your computer’s performance in no time.