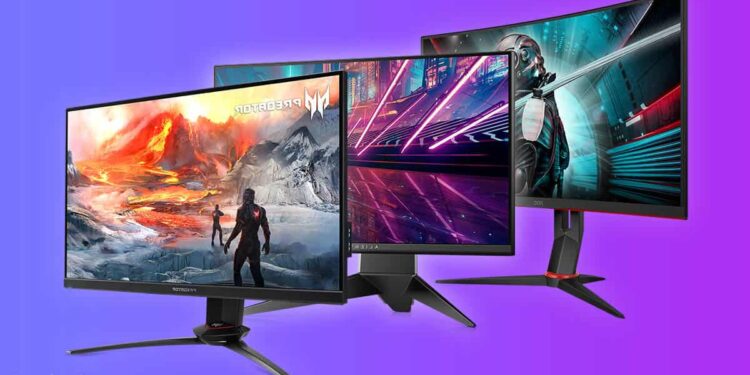 This article will cover the various monitor Panel Type For Gaming and their features to pick the optimal display for gaming. Watching the game on a monitor is the most crucial aspect of a great gaming experience.

Multiple parameters are used to classify the monitors, including the backlight method, illumination location, panel type, and others. However, among these, the Panel Type For Gaming has the most impact on response time, color reproduction, and image details, directly affecting the gameplay.

Are you looking for a new gaming monitor but need to figure out the difference between these major panel types? Read on to learn more about the standard Panel Type For Gaming Monitor and which is the best choice for your gaming needs.

A few years ago, three varieties of LCD panels were available on the market: TN, VA, and IPS. These LCD monitors generate a picture using a backlight that produces light through the LCD panel and then the color filter. However, a small amount of brightness may seep through the filter while generating a black image, resulting in a somewhat grey image.

We now have OLED panels in response to the increasing demand for accurate color reproduction in the digital age. OLED monitors eliminate the requirement for backlight by employing many diodes capable of producing their light. As a result, OLED monitors can disable each pixel, producing an exact black image.

Now that you understand how these panels work let’s examine their features in further depth. Lets talk about the Best Panel Type for Gaming Monitor, which is the best monitor display? TN panels are the earliest panel type employed in LED-lit LCDs. They use liquid crystals with a twisted or helical structure that rotates when voltage is applied. These crystals are aligned so that polarised light can pass through them to create an image.

This best display type for gaming offer the shortest response time by a significant margin, despite having been designed earlier. Response time refers to the monitor’s capacity to change from one hue to another. The TN panels’ black-to-black or grey-to-grey response times are less than 1 millisecond (ms). It makes them the most excellent option for performance-oriented gamers.

Similarly, TN panels support the most rapid refresh rate. In reality, it can achieve a refresh rate of 240 Hz. It indicates that the screen can refresh an image 240 times per second, giving a fluid experience and high-quality images. In addition, it eliminates the gaming issues of ghosting, motion blur, and smearing.

However, the TN panel has a viewing angle, meaning that the picture or color may fade or shift as the viewing angle increases.

Similarly, this best monitor panel type have a restricted color palette, resulting in poor color reproduction. In addition, they have a contrast ratio that falls short of 1000:1. This causes the black to appear slightly grey or faded, and games will lack deeper blacks and greater detail.

If you’re willing to compromise picture quality, the TN panel is the ideal option for gaming due to its fast response time and refresh rate at a lower cost. IPS panels accommodate liquid crystals parallel to the glass surfaces, allowing them to be reoriented within the same plane. As a result of the crystals’ complete rotation, the viewing angle is much improved, and the IPS panel is an improvement over the TN panel in this regard.

The 178/178 viewing angle provides a great vision regardless of your distance or angle from the screen.

In addition, the IPS panel is renowned for its accurate color reproduction. It can use a broad color gamut and about 100 % of the DCI-P3 color space. DCI is the standard for motion pictures shown in theatres, while P3 is the variation used for monitor displays. In addition, it can reach a contrast ratio of 1000:1, allowing for greater gaming detail than the TN panel.

However, the IPS panel lags around 1 or 2 ms behind the TN panel. New enhancements of IPS panels have demonstrated response times as low as 0.5 milliseconds. Additionally, its refresh rate can range from 60 Hz for inexpensive displays to 360 Hz for high-end, current displays.

Therefore, if you value image quality, a wide color gamut, and enhanced game visuals and are willing to spend a bit extra, the IPS panel is for you. Normal gamers might not even notice the lag and monitor ghosting in this scenario. 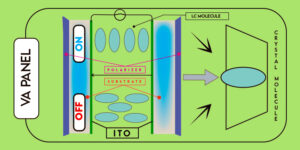 If we talk about the best panel type for gaming reddit, VA panel for gaming are situated between TN and IPS panels. Here, the liquid crystals are arranged vertically and spin 90 degrees when electricity is applied. Compared to TN panels, this also increases the viewing angle.

Even though the advertisement claims otherwise, the viewing angle of this panel does not match that of an IPS display. Similarly, its response time is around 4 ms slower than that of TN and IPS panels. It can result in ghosting or motion blurring when gaming.

However, the overdrive feature of the monitor has significantly accelerated the response time of these panels. Similarly, a VA panel can now achieve a refresh rate of up to 240 Hz at 4K when equipped with high-end graphics cards.

Regarding contrast ratios, VA panels outperform the competition. The older Multi-domain Vertical Alignment or MVA design of these panels boasted contrast ratios between 2000:1 and 3000:1. The white picture can be displayed 2000 to 3000 times brighter than the black image. However, the color reproduction is subpar and cannot compete with IPS panels.

However, the color reproduction of Advanced MVA panels has been enhanced, and the contrast ratio can reach up to 4000:1.

Consequently, the VA panels will be suitable if you prefer more realism in your games and can work with slightly less accurate colors. 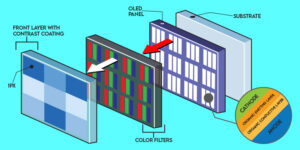 The organic LEDs in the emissive layer of the OLED panel generate light when electrons from the cathode (-ve) substrate pass through them. The conductive layer permits electrons to travel to the anode (+ve) and light to reach the display surface. And finally, the image appears on the screen.

LEDs that produce their light enable the OLED panel to switch off each diode and provide even more contrast than a VA panel. Similarly, its color reproduction, response speed, and refresh rate are superior to any other screen. Additionally, the greater viewing angle results from the diode’s ability to generate light.

Another distinction between an OLED and an LCD panel is that the former uses only one glass. It, coupled with the absence of additional lighting components, has made the OLED panel significantly thinner.

However, the pricing is problematic. It is considerably more expensive than the others. In addition, there is a considerable risk of burn-in due to the creation of bright light when a static image remains on the screen for an extended period. Consequently, manufacturers have developed new QLED LCDs to compete with OLED.

However, if you’re willing to invest a few extra dollars and desire the ultimate gaming experience, you can choose an OLED display.

For most gamers, TN displays give the maximum refresh rate without sacrificing graphic quality. In contrast, the more expensive VA and IPS panels offer superior color quality at the expense of responsiveness. The best Panel Type For Gaming Monitor is determined by the types of games you play most frequently. It also relies on the relative importance of color quality and contrast against response speed.

So, Which One is the Best?

Let’s summarise the features of each display below, but we’ll let you decide which is superior.