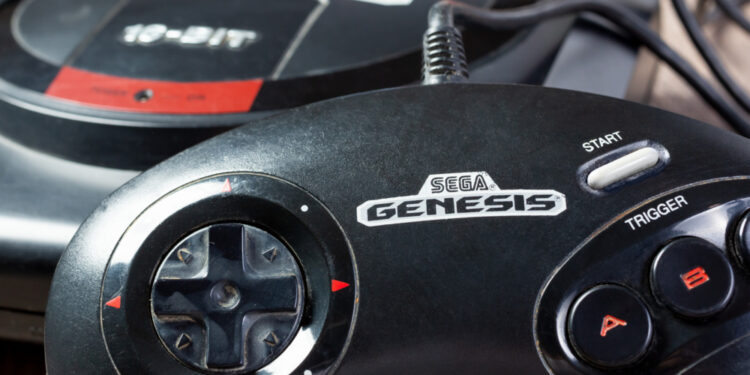 SEGA Genesis Emulator For Windows And Mac: SEGA Genesis is one of those game consoles that makes many people think of their childhood. It is also not a surprise. The SEGA Mega Drive came with games like Sonic the Hedgehog, which were popular then. It had almost everything that people wanted at the time. But, of course, the definitions of gaming have changed a lot in the last few decades. So, comparing the games on the SEGA Genesis to the games on the PS4 or Xbox Series X in the first place isn’t fair.

But you can still remember everything about the SEGA Mega Drive. As we said earlier, it’s a doorway to your childhood memories, and you should check out your favorite games. Sadly, getting a real SEGA Genesis or Genesis Mini is not the best option you can do. Even if you can find used or refurbished items on the market, it takes time to make them work. The good news is that this is where SEGA Genesis emulators come in.

What Exactly Is A SEGA Genesis Emulator?

This article lists more than 6 of the best Genesis emulators for Windows and Mac. We’ll talk about the good and bad things about each emulator and who should choose which one. If you wish to know how to play SEGA Genesis games on your PC, this article will help you. Now that you know what we’re doing, would you like to look at the best SEGA Genesis emulator options for Windows and macOS?

Even though OpenEMU isn’t a SEGA-specific gaming emulator, it can still do a great job. OpenEMU lets you play games made for different consoles, like the SEGA Genesis, Nintendo DS, Sony PlayStation, and so on. In addition, this open-source tool can be used as a platform for managing all your ROMs and games. The best part is that you can get the same great experience on Windows, macOS, and Android.

“It just works” is a great thing about OpenEMU. If you want to play your favorite SEGA Mega Drive games, you don’t have to worry about compatibility issues or complicated codes. You can instead download the ROM and play the game from there. Then, we must discuss more advanced features like virtual controllers, core management, etc. Of course, if you want to play a certain game with the emulator, you can always add more cores to the system, but support for SEGA Genesis is one of the most important things.

READ:  10 Best Free PC Games You Can Get Right Now

Fusion is your best bet if you want a good SEGA Genesis emulator for Windows, macOS, or Linux. If you ask us, the best part about the SEGA emulator is how well it works. Once it’s installed, you’ll be able to enjoy it at the highest level with full keyboard and mouse support. The best part? You can even play your favorite SEGA Genesis games at 60fps. The graphics plugin does a great job showing even the smallest details.

Another great thing about the Fusion SEGA Genesis emulator is that it can play ROMs. You can bring ROMs from different categories, such as MasterSystem, SEGA CD, Genesis/x32, and GameGear. In addition, the system has full support for SEGA controllers made just for it. Lastly, you can choose to record the game’s options. Still, we must wait a while before we can record a video. All things considered, though, Fusion is the best way to enjoy your favorite SEGA Genesis ROMs.

Genesis Plus is a simple SEGA Genesis emulator you should try. Even though the emulator doesn’t have a lot of fancy features, it is very stable and safe. You don’t have to worry about slow frame rates or errors coming from nowhere. In addition, you won’t have any trouble playing your favorite games with this tool because it works with BIN, SMD, and ZIP-based game ROMs. Genesis Plus should work fine on PCs with Windows 7 or later.

The emulator does have a few interesting features, though. For example, the emulator is based on the SEGA Mega Drive in such a way that it will emulate hardware errors that you may have seen while playing on a SEGA Genesis console. So if you care about performance, this emulator is better than SEGA’s if that’s something you’re interested in. Genesis Plus has many features and is a pretty big package overall.

Another great Sega Mega Drive emulator you should try is MegaSis. It’s a great option if you want to run emulators on your Windows 10 PC as smoothly as possible. But, as you might have guessed, MegaSis is only for Windows. On the plus side, the emulator software does not use much of the PC’s resources. Instead, you get great features like support for gamepads, options for saving, and even faster graphics.

We recommend MegaSis because of how well it works with other programs. You can load nearly every ROM made for the SEGA Genesis console, and you will have fun. You will especially love the option to overclock the SEGA Mega Drive emulation. If you do this step, you can improve your gaming performance in the long run. Unfortunately, the MegaSis SEGA Genesis emulator has a problem in that it does not get regular updates.

Another great emulator you can use to play Sega Genesis games is RetroArch. You will love the emulator’s user interface and design if you want something more advanced. Unlike the other emulators on this page, RetroArch is constantly listed by its creator. So, you do not have to worry about the performance part. You may have noticed that RetroArch is more than just an emulator for the SEGA Mega Drive. Instead, it lets you emulate devices like the N64, Nintendo 3DS, and Dreamcast.

Not only can you get RetroArch for Windows and Mac, but you can get it for Linux, iOS, Raspberry Pi, Android, and FreeBSD. At this point, we’d like to praise the emulator’s design. RetroArch will make a design that looks like your consoles so that your favorite old games can run in a different window. So, you can play a game that makes you feel like you’re back in the good old days.

Gens is a SEGA Genesis emulator that deserves a place on this list. If you think Fusion had fewer features than Gens, you should think about making the switch. This fancy-looking emulator for the Genesis can help you play games in the best quality without much work. The package works on both Linux and Windows, but macOS is out of the question now. On the plus side, Gens is an open-source emulator, and you can find Mac versions made by third parties.

But there are a few places where Gens gets almost everything right. For example, if we look at how well games work with Gens, we see that the game is an impressive 92%. It means you can play almost every game ROM you download from the internet. As you might expect, the emulator works well with many ROMs. So, in the end, you don’t need to worry about what’s going on under the hood. Instead, you can watch these old games and remember what it was like to be a kid.

Some Other SEGA Genesis Emulator

You can get BizHawk for Windows, which lets you play SEGA Mega Drive games. In addition, you can emulate other devices, like the SNES, with the same tool.

PlayRetroGames.com is a fantastic site where you can play old games from many systems, including SEGA Mega Drive. You can trust this website if you want to avoid putting anything on your PC.

DGen is a powerful emulator that lets you play all your favorite SEGA Genesis games. Under the hood, this version supports OpenGL and has many great features.

You can try out what SSEGA.com offers if you’d rather use a dedicated platform. For example, this website’s built-in SEGA Genesis console emulator package lets you play many games.

This guide will help you play your favorite old SEGA Genesis console games. It’s great that you no longer have to spend much money on a classic console. Instead, you can go to one of the right websites and download all the game ROMs you want. For example, you can use websites like ROMSPedia, which has a huge number of ROMS in many different file formats.