by Mike
in Reviews 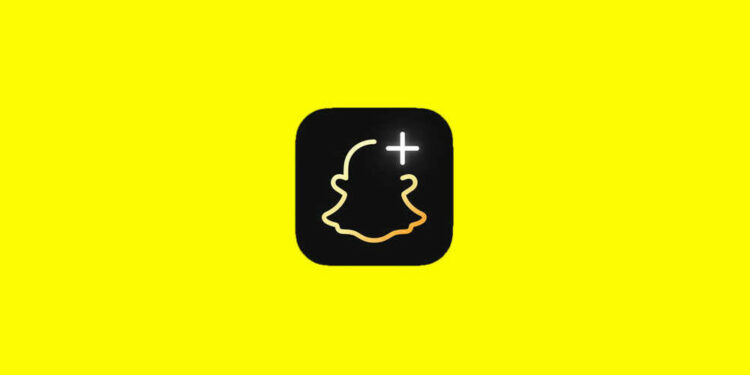 The Snapchat has announced and launched Snapchat+, a paid version of its service that will be available in only a few countries at first. This guide tells you everything you need to find about Snapchat+, such as its key features, price, free trial, availability, and more. Since a few months ago, Snapchat has been testing its premium subscription, “Plus.” This week, the social media app that many people use finally came out. The subscription tier gives you access to extra features and faster support for a monthly price.

In a press release, Snapchat said, “This subscription will let us give new Snapchat features to some of the most dedicated members of our community and give them priority support.” Snapchat’s Plus subscription comes with a free trial, and Snapchat also has a free trial. If you need to know if Snapchat Plus is worth it, you can use the free trial to decide for yourself. You can cancel the trial before it ends if you don’t like it.

What Exactly Is Snapchat+?

Snapchat+ is a new premium subscription service that Snapchat is offering to its most loyal users. The paid tier gives users access to a set of exclusive, experimental, and early-access features for a monthly subscription price. Other social media apps such as Telegram and Twitter have also rolled out their premium services. Snapchat has done the same thing to find a new way to make money as the economy worsens and inflation rises. However, in an interview with The Verge, Jacob Andreou, SVP of Product at Snapchat, said there are no plans for Plus to become a “material new source of revenue. It’s mostly just a facelift.”

Key Features And Perks Of Snapchat+

With Snapchat+, you can get access to several special features and perks. Some are still being tested, while others have moved on to the beta phase. Snapchat said, “We’ve always liked making new features for our community. In the past, we’ve tested new features in different ways by releasing them to different Snapchatters and places.” The most interesting features about Snapchat Plus are that you can pin your best friends to the top of the chat window, add a badge to your Profile, and make your own Snapchat app icon. Here are some of the features and perks of Snapchat+:

With Snapchat Plus, you can pin your best friends to the top of the chat window. This lets you talk to them right away.

You can check how often your friends have watched your story again with Snapchat+. The feature is being tried out and could be made available to everyone in the future.

Snapchat Plus gives you access to over 30 icons for the Snapchat app. In the future, you will be able to get even more icons.

When you sign up for Snapchat Plus, you’ll get a badge next to your Snapchat name. So other users can see that you are a + subscriber just by looking at the badge.

With Ghost Trails, you can see on the Snapchat Map where your friends have been in the last 24 hours. In addition, you can look at their location history. But the friend must have been sharing their Snapchat location with you. Snapchat will keep adding more features to the Plus subscription over the next few months as it becomes available in more regions. Unfortunately, Snapchat seems to have yet to make its Plus subscription ad-free or ad-less.

Price And Availability For Snapchat+

Right now, users in 9 different countries can get Snapchat+ for $3.99 per month. In the coming months, Snapchat will offer its subscription service in more regions. Users in the United States, Saudi Arabia, Canada, the United Kingdom, France, Germany, Australia, New Zealand, and the United Arab Emirates can use Snapchat Plus right now.

How To Easily Get Snapchat+ Free Trial?

Snapchat also gives its users a chance to try out the service for free for seven days. So if you want Snapchat+, you can use the free trial to decide if you want to keep it. Follow these steps to start your Snapchat+ free trial:

READ:  What Is Linktree? How You Can Use Linktree For Marketing

2 – Look for Snapchat and update surely your app is up to date.

7 – Choose how the subscription will be paid for.

All done. Your Snapchat Plus free trial will be up and running. Once the seven day trial is over, you’ll be charged $3.99. If you don’t like the subscription, you can also cancel it.

How To Easily Cancel Snapchat+ Subscription?

You can easily cancel your Snapchat+ subscription at any time. However, you must cancel before the free trial ends to avoid being charged for the first month. To do that, follow these steps:

1 – Open Snapchat and go to the page for your Profile.

2 – Press on the Snapchat+ banner card.

3 – Next, go to the bottom of the page and tap “Manage Subscription.”

4 – Here, find “Cancel Subscription” and tap on it.

5 – You’ll have to choose why you want to cancel.

When you do this, your Snapchat+ subscription will end. But if you’ve already paid, you can use the special features until your billing date ends.

When Be Will Everyone Able To Use Snapchat+?

At the moment, Snapchat+ is only available in a small number of countries. But Snapchat plans to make it available worldwide in the next few months. In a press release, Snapchat says, “We’ll add more countries over time.” Even if you live in a country where Snapchat+ is already available, you may have to wait a few days before you can use it. On some devices, the updates are sent out in groups. Check the Play Store or the App Store often to find the most recent version of Snapchat. Once it’s ready, you can update the app and access the premium subscription. Did you like Snapchat+, its most recent paid service? Feel free to say what you think in the comments.

How To Easily Get Paramount Plus Free Trial In 2022?